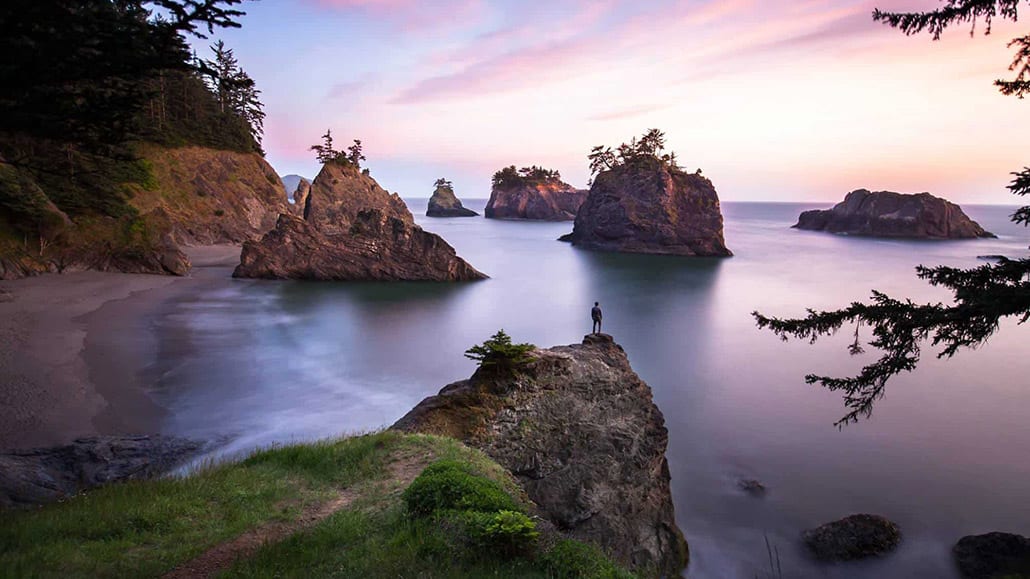 Located in the upper northwest corner of the United States, Oregon is located along the Pacific Ocean and bordered by Washington, Idaho, Nevada, and California. Famous for having more trees than people, Oregon is a nature lovers paradise. With an abundance of scenic locations in their home state, the Morrisey brothers set out making videos of their personal adventures which eventually attracted the attention of people across the United States. The company, founded in 2010, is made up of dynamic brother duo Seth and Brit Morrisey. Never ones to shy away from a tough backpacking trip, or backwoods excursion, the Morrisey brothers have managed to capture drone footage of some of the most secluded, picturesque places in the state.

When thinking of Oregon, a lot of things can come to one’s mind. Maybe they dream of the many national, and state parks – after all, the Oregon State Park system is one of the most popular in the country servicing more than 46 million daytime visitors, and 2.5 million campers per year. Or, maybe they think of the rapidly growing urban epicenter that is the city of Portland. Whether it is because of the vast nature, picturesque coastline, or the people that draw visitors to the state, it is easy to see why Oregon is quickly becoming one of the most popular tourist destinations in the country.

Morrisey Productions new video showcases different scenic shots from all over the state. Ranging from the farthest northwest point of Oregon , all the way down to the southern region of the state. Using their DJI Inspire1 X5R Raw drone, they capture stunning views of the Megler Bridge and Columbia River in Astoria, the downtown Portland skyline, Smith Rock, Willamette Falls, Wallowa Lake, Newport, and so much more. The footage is sure to evoke feelings of wanderlust, but you may be out of luck. The company, like most other photographers and videographers in the state, typically do not reveal their remote footage locations in an attempt to help conserve their home states natural beauty.

Pacific Northwest natives, Seth and Brit Morrisey took their passion for traveling, adventure and photography/videography and formed one of the most sought after video production companies in the PNW. They’ve been featured on Oregon Public Broadcasting and Oregon Field Guide. Morrisey Productions has been hired by major tourism agencies such as Visit Oregon, Newport, Seaside Chamber, and Cannon Beach Chamber of Commerce and major corporations like Ford and DexMedia to create timeless video productions. The company has built quite the reputation in this notoriously competitive arena. In addition to photography and videography, the company also offers video promotion and marketing strategy consultations. Visit their website at www.Morrisey.com to learn more.