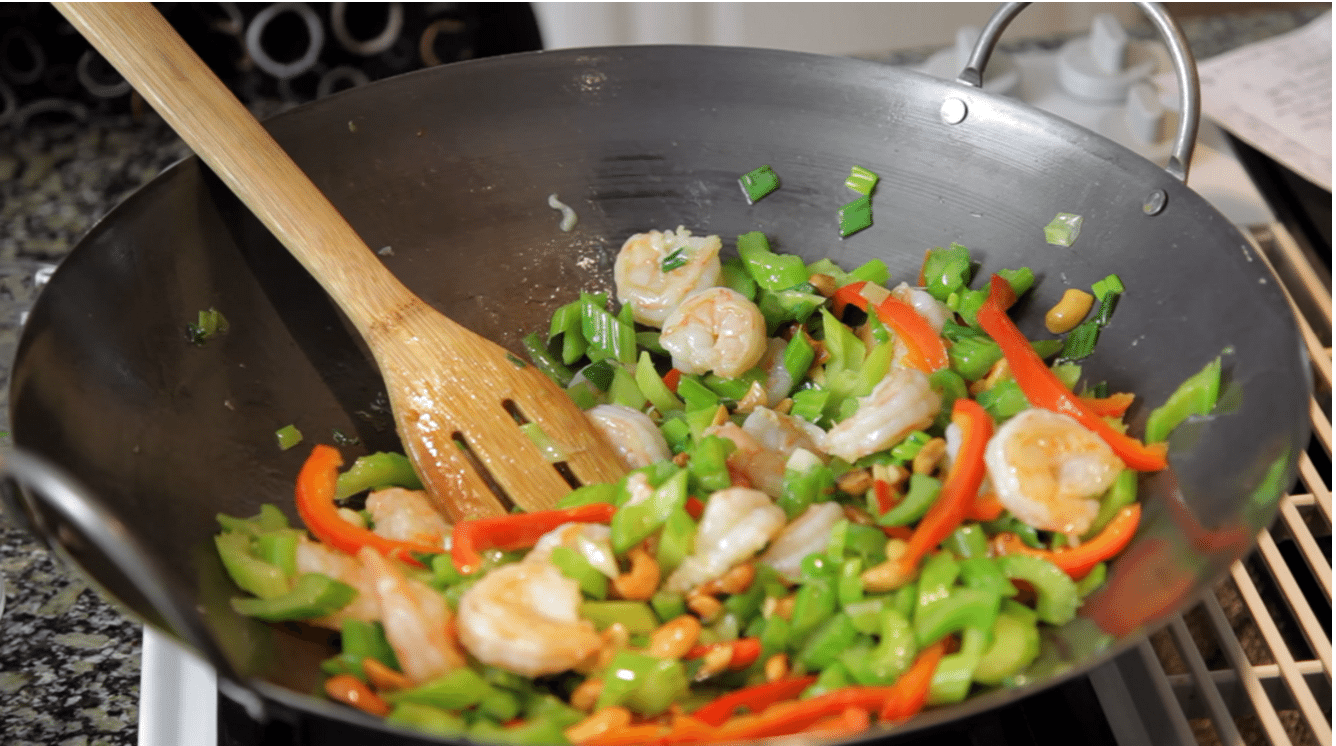 Cooking with Keli’s new Pineapple Hawaiian Luau Teriyaki Marinade.  Morrisey Productions produced this cooking video for Keli’s Sauce Co.  I like the fact the Keli’s line of sauces are gluten-free which can be hard to find.  The Pineapple Luau Marinade goes great with stir-fry, rice, noodles, and just about anything else where a thinner sauce is preferred.  Their Hawaiian Island inspired line of sauces has been exploding in Hawaii and is available in most of the big chains including Food Land, Times Supermarket, KTA Stores, Don Quijote and many more.  They were recently picked up by all 21 Safeway Stores on the Hawaiian Islands and should be on the shelf by late August.  Keil’s Sauces are also available on amazon including their best selling gluten free teriyaki sauce Keli’s Hawaiian Baste and Glaze.  They are also getting close to releasing their new healthier Organic line of sauces which should be on the shelves by the end of the summer. 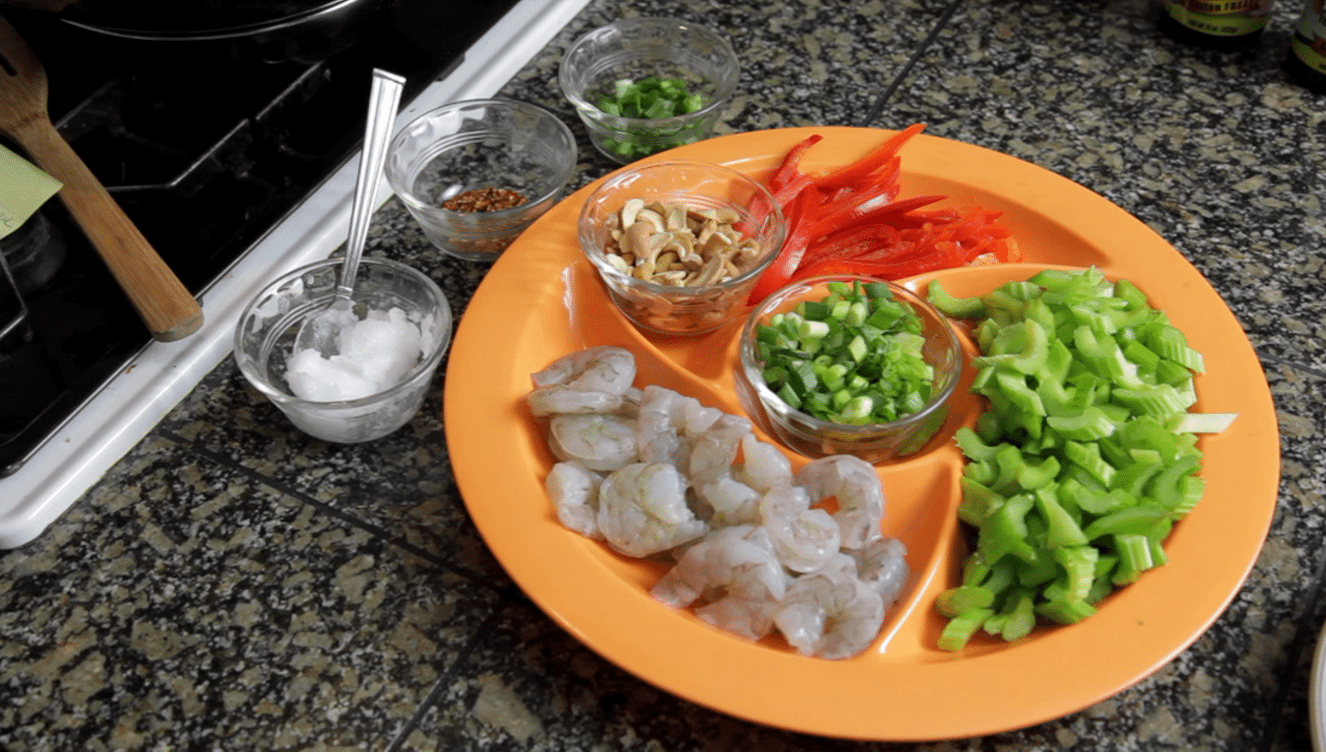 Stir-fry veggies and peeled shrimp in a wok during a “Cooking with Keli’s” video shoot.
Peeled shrimp being cooked in a wok on medium heat. 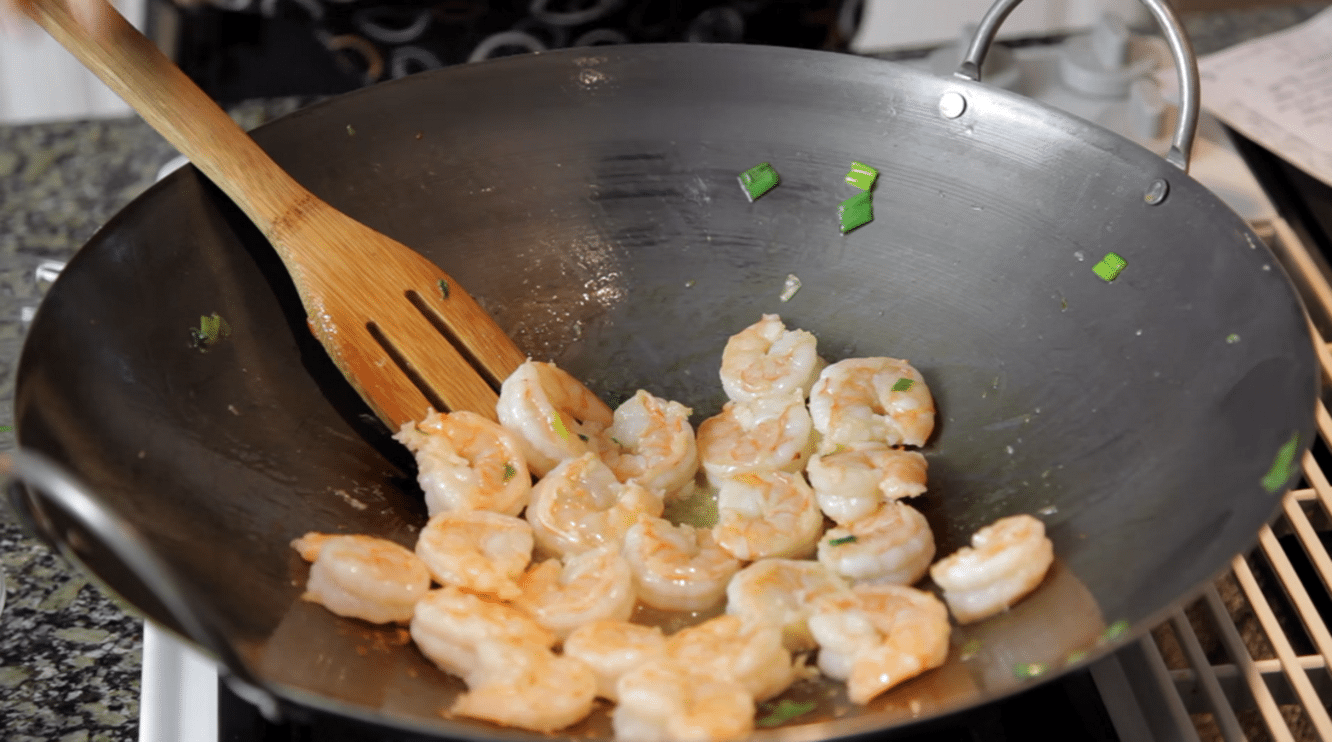 For more information on Keli’s Hawaiian Sauces or to buy teriyaki sauce visit their website.