This weekend was the 30th Anniversary Celebration of the 1985 Cult Classic Goonies Movie in Astoria Oregon.  The celebration kicked off Thursday in Cannon Beach with a bonfire in front of Haystack Rock and culminated Saturday at the Farewell to Warren Field event in Astoria.  The legendary cast of the Goonies movie gathered to celebrate the 30th Anniversary and partake in the worlds largest “Truffle Shuffle“.  Event organizers estimated 2000 or more Goonies fanatics from around the globe converged on Warren Field to celebrate the Goonies and participate in the worlds largest “Truffle Shuffle”.  Morrisey Video Production Company was on the ground and in the air capturing the entire event.  The crowd went wild for “Chunk” aka Jeff Cohen, and demanded he perform the “Truffle Shuffle” live on stage.  Jeff Cohen put on a good show but in the end refused to perform his iconic “dance” routine to the crowds displeasure.  The Farewell to Warren Field event also included performances from “The Whiskey Rebellion and “Booby Traps” as well as a 9pm show of the Goonies Movie on a big screen under the stars and Warren Field.

Check out these screen captures from the Goonies 30th Anniversary Event. 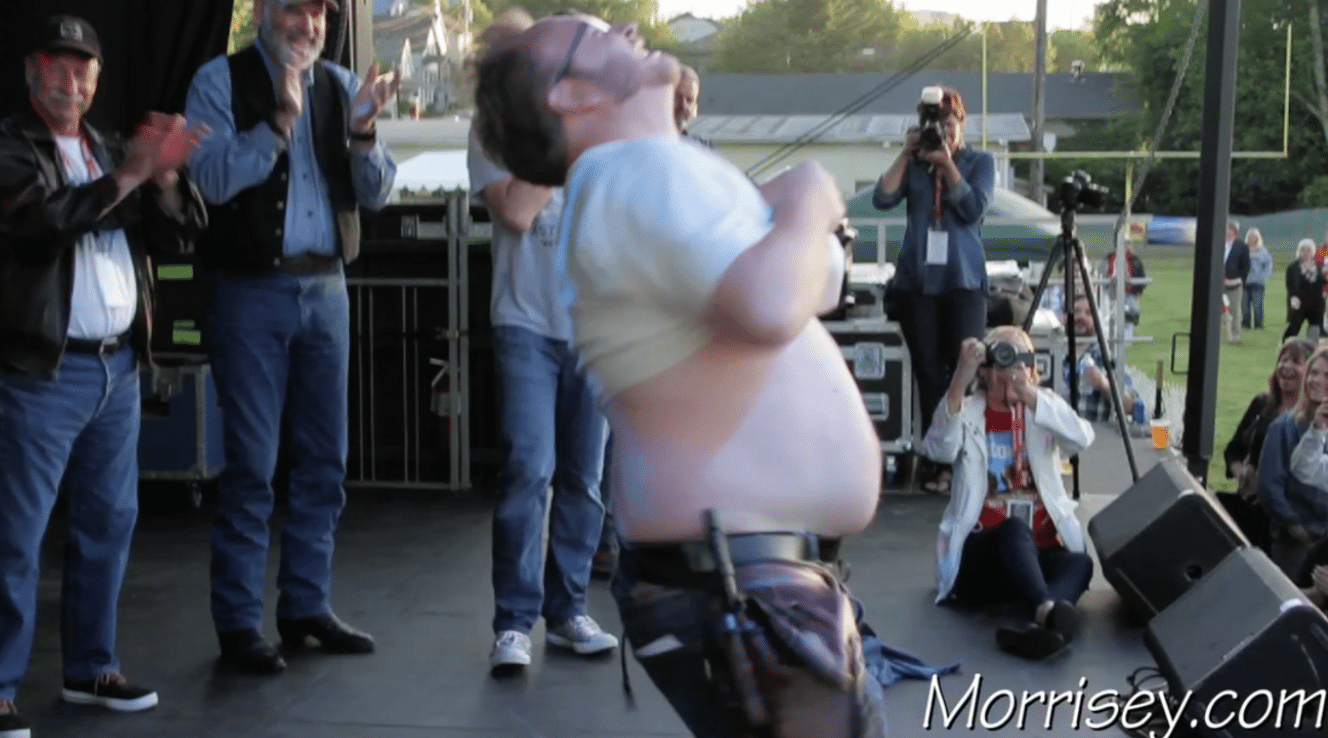