Haystack Rock in Cannon Beach Oregon is the most photographed place on the Oregon Coast.  This 235 foot sea stack is the 3rd largest intertidal “structure” in the world according to Wikipedia.  Tourists from around the planet converge on Cannon Beach to photograph and observe the unique sea birds, crabs, and star fish that inhabit this area.  The Morrisey Productions has been perfecting our nighttime photography skills and decided to capture the Milky Way Galaxy over the iconic rock.  Shooting photography at night can be tricky and you must use a long exposure technique to allow enough light into the picture.  We also used an iPhone app that gives us the precise location of the Milky Way Galaxy so we could frame the shot correctly.  The next photo was taken the same night but we positioned the Milky Way Galaxy directly over Haystack Rock. 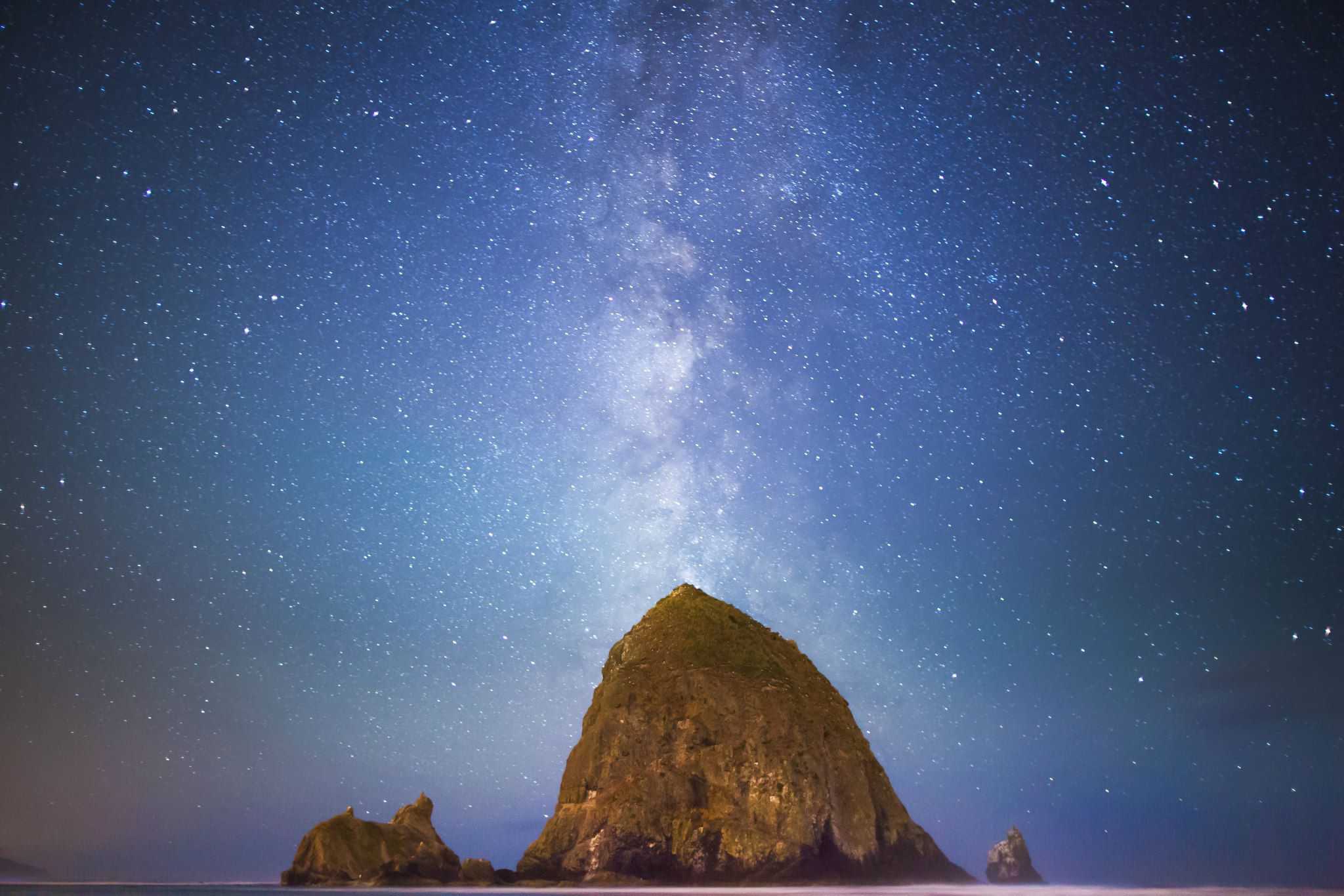 This almost gave the illusion that the starts were shooting out of the top of the Rock which I thought was cool.  Nighttime photography can be very challenging but with the help of technology you can capture some pretty amazing photos.  This photo was taken near the summit of Angora Peak and during the month of August. 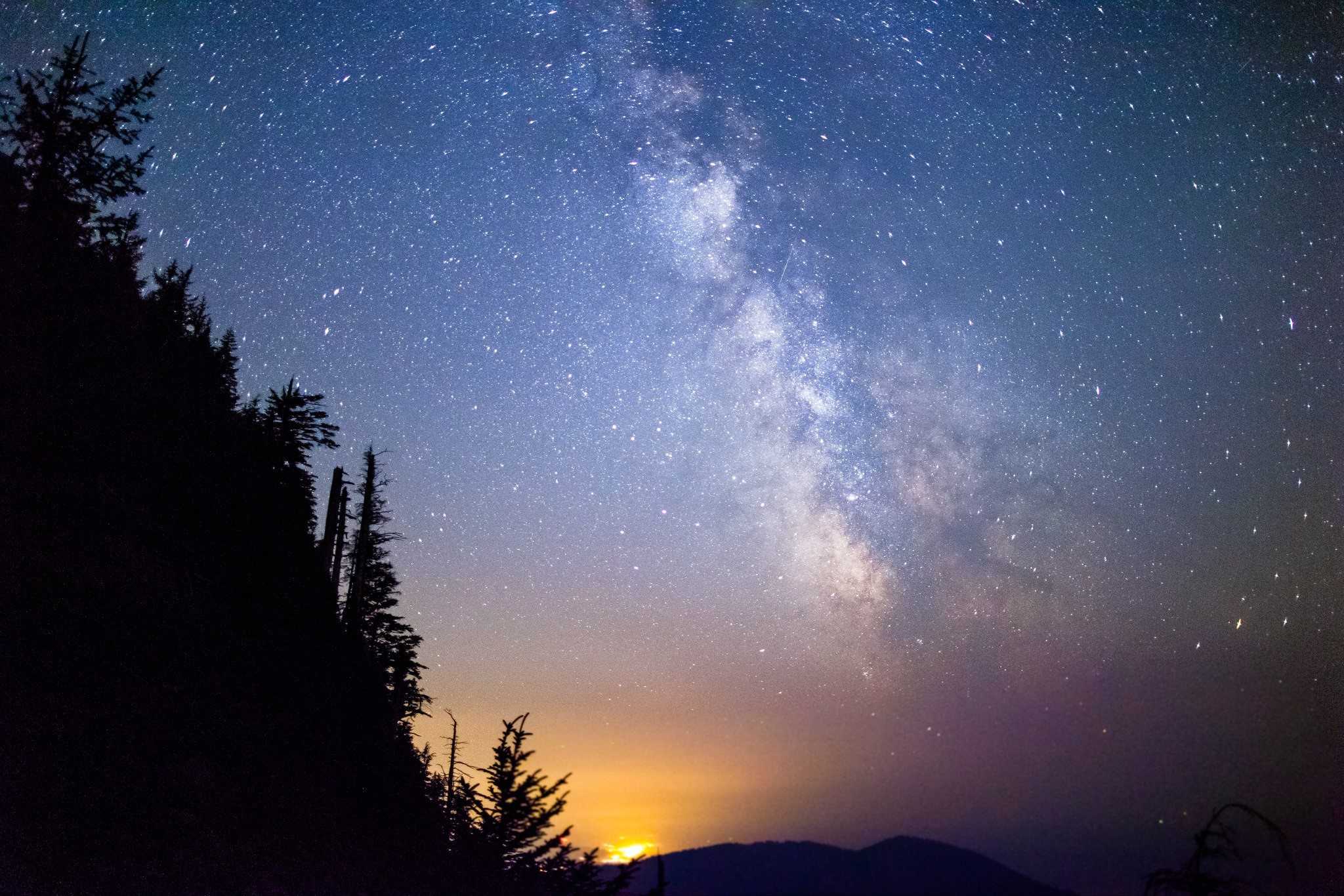 The next photo is a unique angle of Haystack Rock taken with a DJI Phantom drone and Go Pro Hero 4k Camera.  This picture is actually a screen capture of a video we shot here in Cannon Beach and the full version will be released soon with our Oregon Coast Drone adventure video. 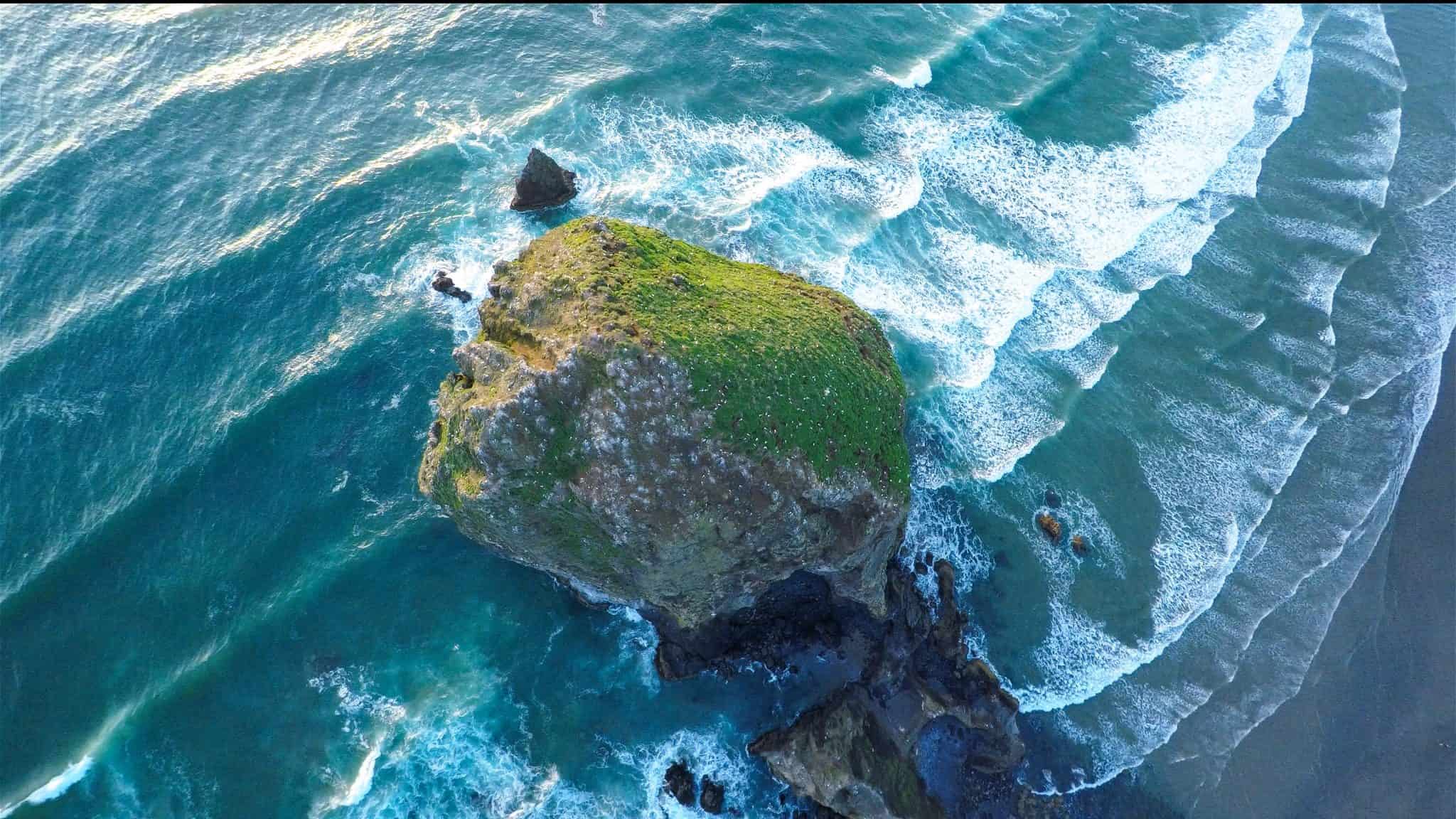