The 2015 Oregon Coast Film Festival is this weekend in Bandon Oregon.  Morrisey Productions submitted our Coast Range Mountains Backpacking Adventure Video into the mixed media category.  Over the last 6-months we have been backpacking around the Coast Range Mountains with our DJI Phantom Drone attempting to capture scenic footage from various summits.  Filmed entirely by drone, this video attempts to capture our journey as we explore the coast range mountains.  To keep things interested we opted not to use maps but instead decided to find the summits for ourselves.  Some of these locations took multiple trips and even days to find because the trails were overgrown and lacked markings.  As the saying goes,”the adventure is the journey” and we had a blast exploring an area of Oregon that few people venture into.  We opted to stay away from the popular tourist spots like Saddle Mountain and instead focus on lesser known peaks.  The drone flying and camera work for our Oregon Coast Range video was done by Brit Morrisey with Seth Morrisey being the backpacker and actor in the film.  During our trip to Mystery Mountain we were joined by our cousin Willy Weaver who can be seen in one of the final scenes of the video.  Our hope was to bring viewers a new perspective of this beautiful Oregon Mountain Range.  Our submission to the 2015 Oregon Coast Film Festival will be shown at 7pm October 10 at the Sprague Theater in Bandon Oregon.  You can see more of our aerial work by watching our Oregon Coast Drone Video. 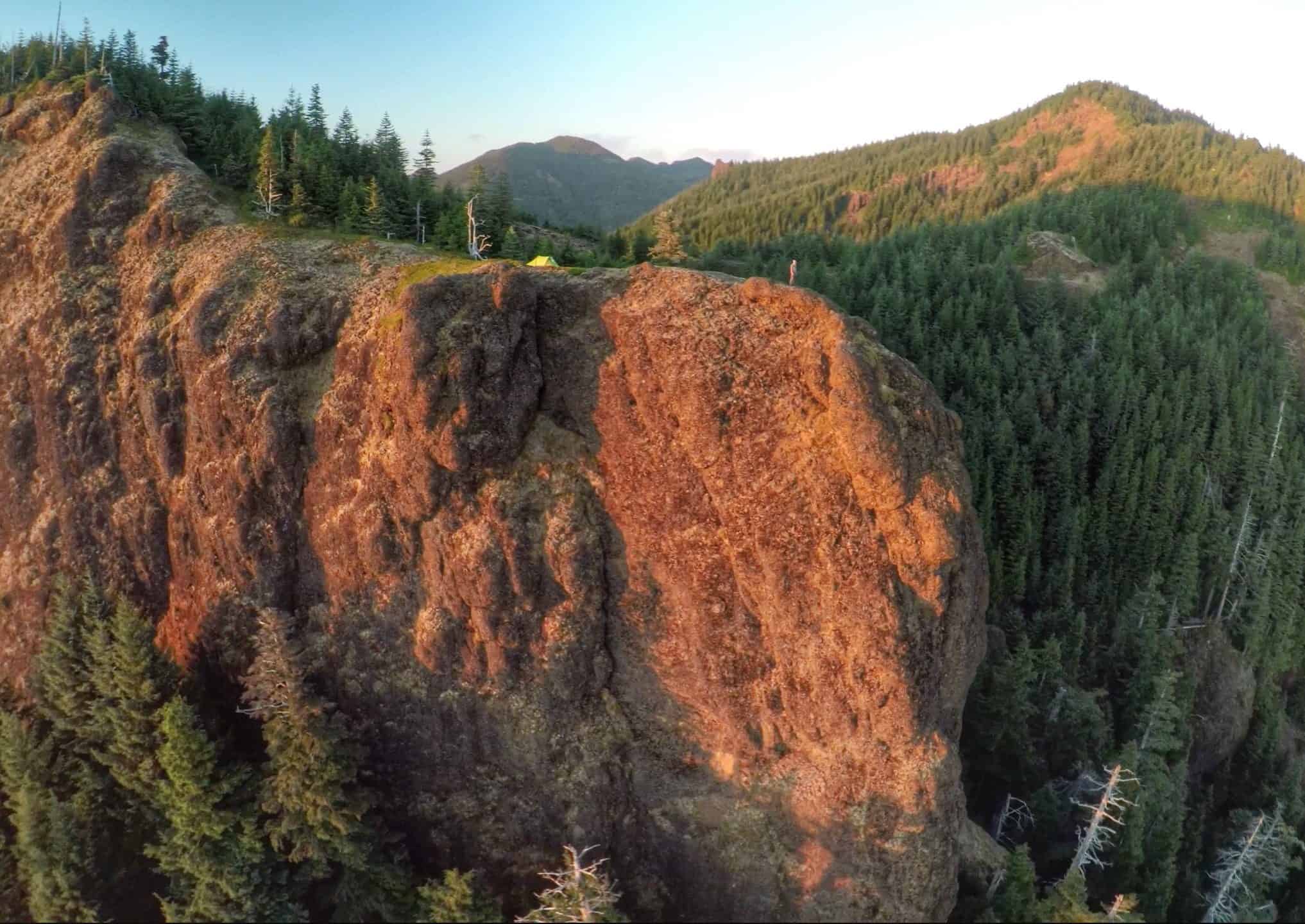 The address to the Sprague Community Theater is 1202 11th St SW, Bandon, OR 97411 or follow the directions on the map below.  The show starts on Friday at 6pm and continues on Saturday with the best of the festival event starting at 6pm.  Audience choice and the category winners will be picked late in the evening on Saturday.